You are here: Home / The Community Space / The Battle of the Somme 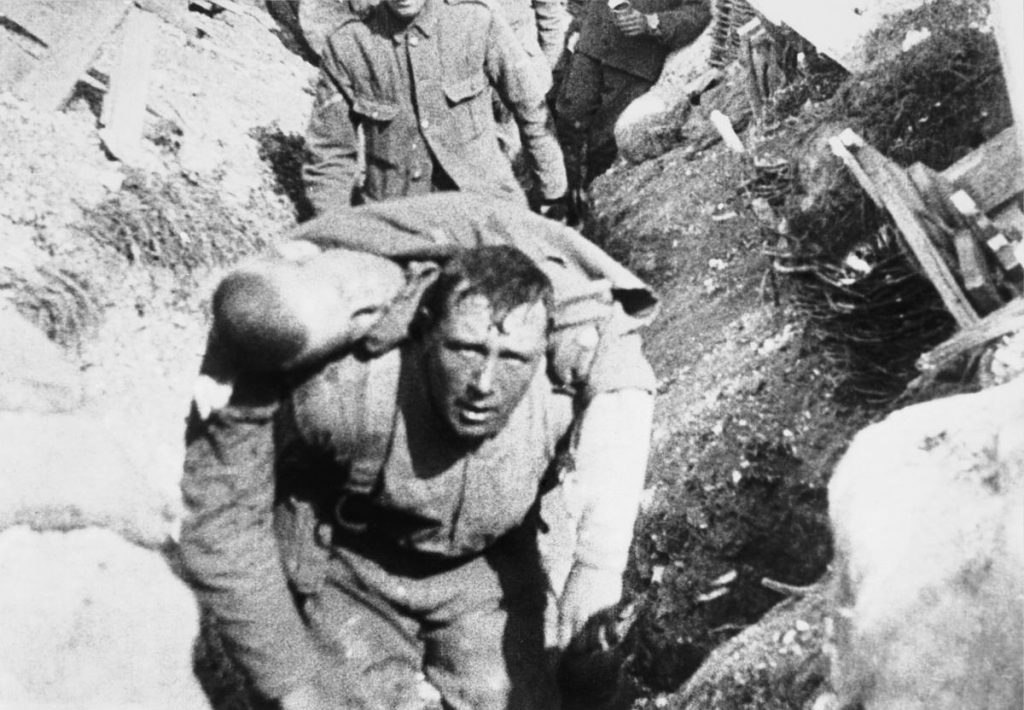 This year Imperial War Museums (IWM) and Keynsham Film Works, as part of the First World War Centenary Partnership, are working together to show the UNESCO listed film The Battle of the Somme, to audiences across the world.  Shot and screened in 1916, it was the first feature length documentary about war and changed the way both cinema and film was perceived by the public. In the year of its release around 20 million people, almost half the population of Britain at the time, watched The Battle of the Somme many hoping to see the image of a loved-one or friend captured on film.  One hundred years later, this unique film from IWM’s collection is being shown to commemorate the anniversary of the Battle of the Somme. *

*(For more information about the First World War Centenary Partnership’s plans to commemorate the Battle of the Somme visit www.1914.org)

IWM is leading the First World War Centenary Partnership, a network of local, regional and international cultural and educational organisations. Together, the Partnership is presenting a vibrant programme of cultural events, activities and digital platforms, enabling millions of people across the world to discover more about life in the First World War.

IWM established the First World War Centenary Partnership in 2010. The founding ambition for the Partnership was that its members would collectively organise and present a vibrant, diverse and far-reaching programme to reflect how people want to remember, commemorate and debate the conflict in their own communities, in a way that is meaningful for them.

IWM (Imperial War Museums) tells the story of people who have lived, fought and died in conflicts involving Britain and the Commonwealth since the First World War.

Our unique Collections, made up of the everyday and the exceptional, reveal stories of people, places, ideas and events. Using these, we tell vivid personal stories and create powerful physical experiences across our five museums that reflect the realities of war as both a destructive and creative force. We challenge people to look at conflict from different perspectives, enriching their understanding of the causes, course and consequences of war and its impact on people’s lives.

Laura Rossi’s new score was commissioned to mark the 90th anniversary of the Battle of the Somme as a soundtrack for the digitally restored film. When embarking on her research into the film and the Battle Laura discovered that her great uncle Fred Ainge (whom she knew as he survived the war) had been a stretcher-bearer attached to the 29th Division on 1 July 1916. In preparation she visited the Somme Battlefields, using Fred’s diaries to locate the areas in which he served. For the 90th anniversary of the Battle, the re- mastered film was screened to a full house at the Queen Elizabeth Hall, accompanied by Laura’s orchestral score, performed by the Philharmonia Orchestra. It received a glowing 5 star review in The Times.

“And these troops in the mud grinned or stared at us to a new music score by Laura Rossi, brilliantly effective.”
Geoff Brown, The Times. *****

Laura Rossi has written music extensively for film and television, including the critically acclaimed London to Brighton, The Eichmann Show, starring Martin Freeman and Anthony LaPaglia and Song for Marion, starring Vanessa Redgrave and Terence Stamp. She has also scored many silent films including the British Film Institute’s Silent Shakespeare and IWM’s famous Somme campaign films; The Battle of the Somme (1916) and The Battle of the Ancre (1916). Recently, she was commissioned by IWM to write music for the contextual films that accompany the award-winning German Concentration Camps Factual Survey (1945/2014).

Her latest work (Voices of Remembrance) is a choral/ orchestral work featuring war poems read by Ralph Fiennes and Vanessa Redgrave. The music was commissioned by Boosey and Hawkes to mark the Centenary of the First World War.

Laura’s music has been recorded and performed by the Philharmonia Orchestra, the London Musici Orchestra, London Contemporary Orchestra and the BBC Concert Orchestra. Her works have been performed at the Barbican, the Royal Festival Hall and the Queen Elizabeth Hall, London. Laura is also lecturer for film music at the London Film Academy. For more information please visit Laura’s website: www.laurarossi.com