You are here: Home / Committee / So long, John, and thanks for all the help 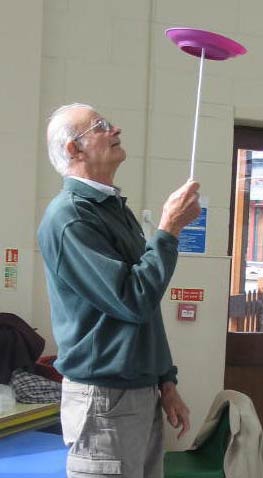 We were sorry to say a fond farewell to John this month when he announced his retirement from Film Works. He’s been a key member of the team for over 10 years, including many years as Chair of the committee. Whilst at the Fry’s Club he took charge of the sound, as the venue was used for other events we had many nights of re-wiring and last minute testing as we tried to get the system to work for our film set-up, but as you can see from his picture he’s a very talented individual. The move to The Space proved a simpler operation all round!

We hope to see John in the audience rather than front of house for the coming seasons.